I won’t lie to you, the moment I rejoined the Wales Coastal Path after almost two weeks on Offa’s Dyke was not a happy one. Up to that point, my trip had been nicely broken up into manageable chunks. First a goal of getting to Chepstow, then the promise of a bed in Welshpool, then Chester.
And then after a great brunch in pretty Chester, in glorious sunshine, I see the dragon-shell logo pointing down a long, long, long tarmac path.

And I think: shit.

The realisation set in of how much walking I had yet to do. It felt like I was right back at the beginning. That feeling wasn’t helped by the uncanny resemblance between the walk into Flint and the walk into Penclawdd that I did on my very first day. Only instead of seeing Llanelli, and home, across the bay it was the far away and unfamiliar Wirral.

A very dear friend that I hadn’t seen for years had offered me a place to sleep that night. In my tired-footed and overwhelmed-at-how-far-1,000-miles-actually-is state I almost didn’t take her up on it, not wanting to put a downer on her evening. But hanging out with her was exactly what I needed. I’m so grateful that this trip has given me a chance to reconnect with old friends. We started talking about other friends from long ago that were close by.

And a subtle shift happened. I stopped looking at the path as a massive task to complete, but as a way of getting to this friend or that friend. The 700 miles started to break down into 20 miles to this persons home town, and 30 miles to that person I’ve been meaning to catch up with.

My way markers and landmarks across North Wales were old and new friendships and hours of conversation. I got to hang out with a family that I thought were out of the country, play cards, have curry and catch up on life, stand at the top of a hill and pray over North Wales, and talk about music and musician life with someone I considered a passing acquaintance and would now consider a friend. Even different Costa teams have been such a big part of this, welcoming me in a cheering me on as one of their own. Because I guess I am. We have this huge thing in common that makes us not strangers, and it’s lovely to get to experience that.

Since I started my walk on the Gower, the bar was set very high for the rest of Wales. I’ve seen beautiful views to be sure, but none that had challenged the fierce belief that home is just that bit better. It wasn’t until Colwyn Bay that I found a view that could become a new favourite. The slightly tedious 70~ mile walk across North Wales and its obscene amounts of caravans finally becomes worth it when you round the Great Orme to see Colwyn Bay beneath you. It is beautiful.

There’s a cafe on the Great Orme called ‘Rest and Be Thankful.’ From there, on a clear day, you can see Wales, England, Northern Ireland and Scotland. It was neither clear nor daytime when I was there, and the cafe was closed. But I camped around the corner, I did rest, and I was thankful.

Coming down off the Orme after a great night camping up there, I was invited into a house for tea and toast after I’d gotten talking to Vaughn outside his home. He loved where he lived, and his ability not to take the view for granted was something I admired. He was originally from Anglesey. Little did I know that his hospitality was but a foretaste of the kindness I was to experience on that wonderful island.. 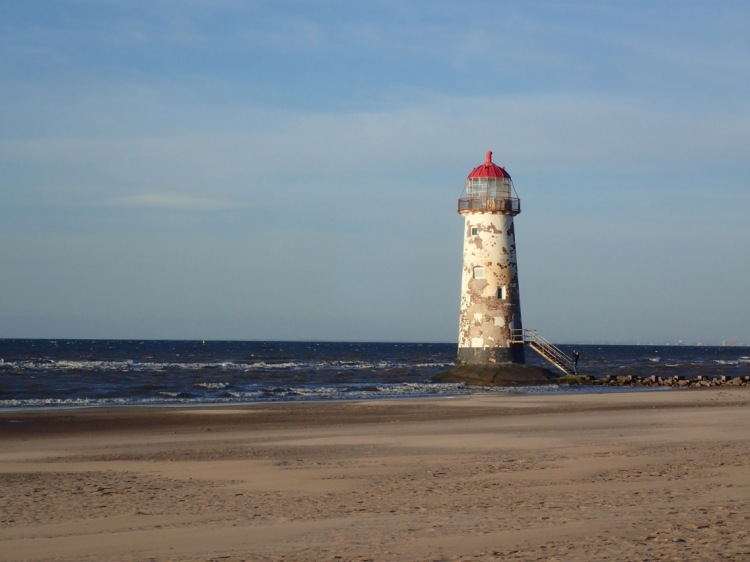 Coffee on the Orme 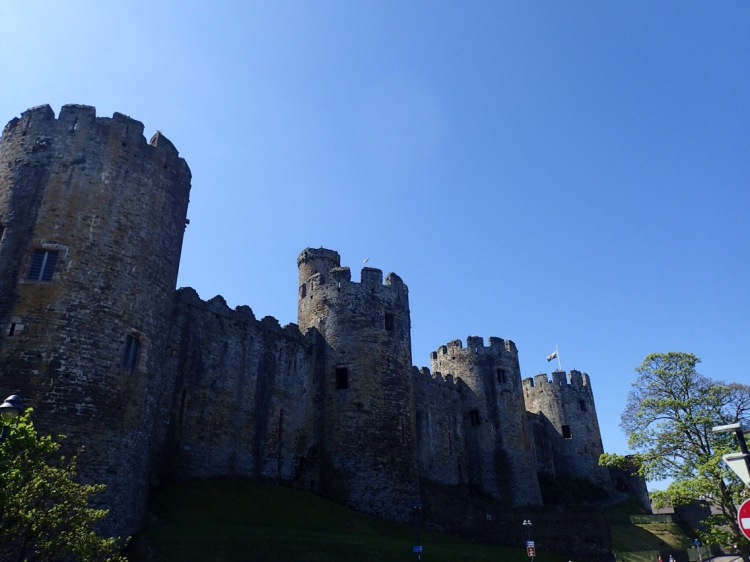 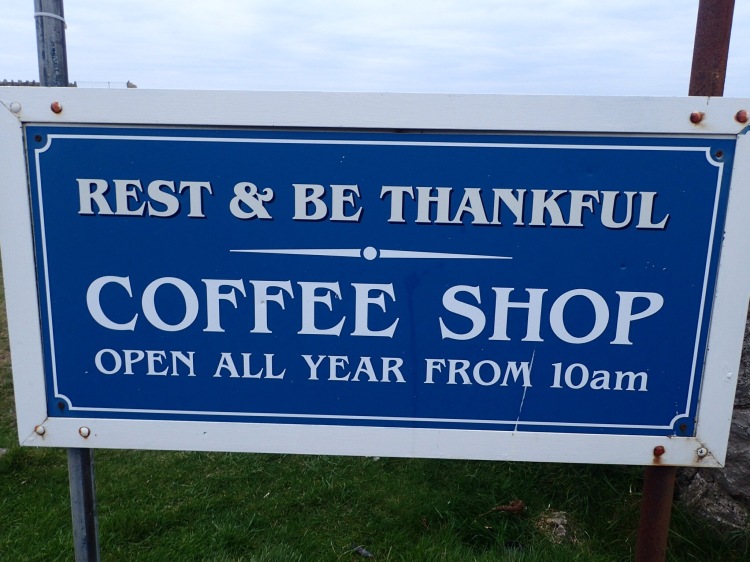 Rest and Be Thankful all year round.

What a way to wake up